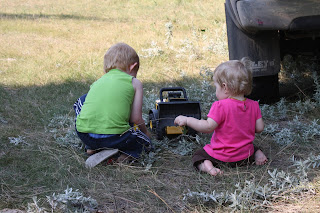 We were camping on the wknd and it was beastly hot. We went home for the afternoon on Saturday and were home by 1pm on Sunday. I didn't get many pics but this one I love, our two kids just playing and enjoying eachother. So cute. Hoping to go again this wknd, but I don't think we will go if this heat keeps up. 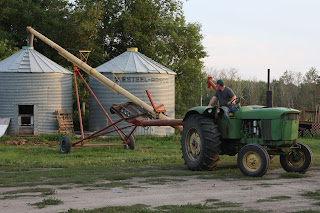 Getting ready to fill another bin! We are focused on combining barley right now. 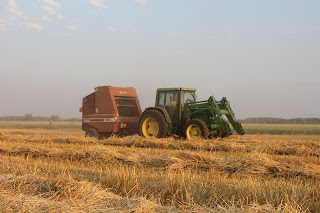 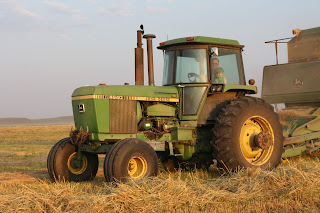 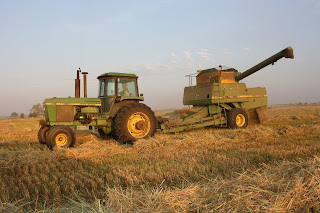 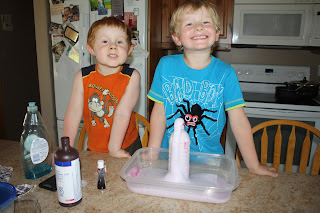 I have been letting the boys play outside in the morning but after lunch it's just too hot out there for them. Especially since we have basically no shade. They were asking what they could do by 2pm. So I pulled out my Kids board on good old Pinterest. We made Elephant Toothpaste! They thought it was the coolest thing. So that entertained them for a total of fifteen minutes, but it seemed to stimulate their imagination again and it wasn't long they were hauling cows, baling and combining again. Oh yes and bucking bulls. On a stick horse, lol. 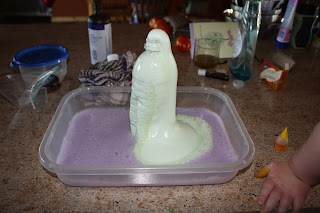 It's a fast little experiment that involves yeast, water, Dawn detergent, food coloring and peroxide. Plus it had substance so they could actually play in it for awhile! 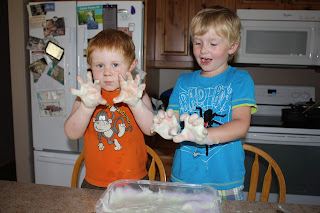 Last night for supper I made stew, corn on the cob, a fresh cuc and tomato salad, sliced tomatoes and cookies for dessert. I tried something that I had read about a couple of times. I cooked my corn on the cob in a cooler. Yep, in a cooler. Throw your corn in and cover with boiling hot water for at least 30 min. Do not open in the meantime!! (Mine was probably in there for an hour before the guys came in) It was DELICIOUS! So if you ever find your stove too full while cooking a harvest meal, just throw your corn in a cooler :)!

Tonight they are still combining barley and they are getting pizza, cheese bread and caeser salad for supper. Icecream for dessert bc it's SO DAMN HOT! I have been very tempted many times today to take everything out of my fridge, shelves and all and climb in....lol.

Anyways, I hope you are all having a safe and productive harvest. Chow for now.
Ashley
Posted by Unknown at 17:46