So I have been talking about getting the kids a pony for quite some time now. Every time I would bring it up my Hubby had nothing to say about it. But, I can read between the lines.

He did not want a pony.

He was not going to go look at a pony.

There was not going to be a pony on this farm.

So a little over a week ago I find a pony. I bring it up in actual physical conversation (haha). Nothing. I bring it up again. Nothing. I lost track of how many times I brought it up. By the end of MY conversation (ha ha), either he was coming with me and the kids to look at this pony or I was leaving him behind. Whether he liked it or not, we were most DEFINITELY getting a pony.

1. I want my kids to have a decent horse - their size - to learn on. And I desperately hope one of my kids falls in love with horses.

2. I never had anything decent in the horse department growing up. Just whatever Dad brought home from the auction mart. Which meant it was not broke. I could pet it, brush it and lead it around. What more could a horse crazy girl want???!! Lol. I will tell you, I rode at least two of those horses that were not broke to ride. I did not have a saddle broke horse till I was 14 years old and I saved up my OWN money to do so. So in saying that, I want my kids to have something that most likely won't kill them. Seriously. 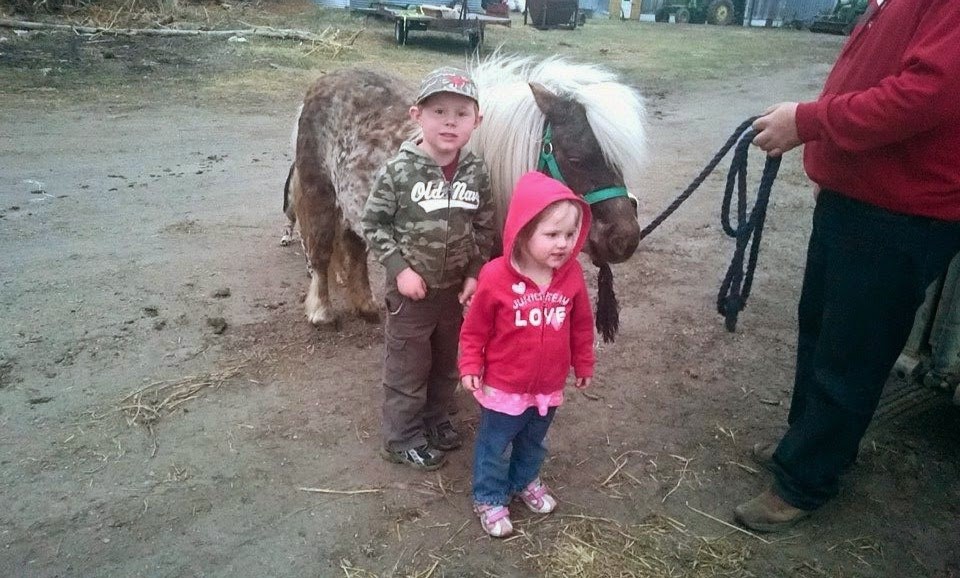 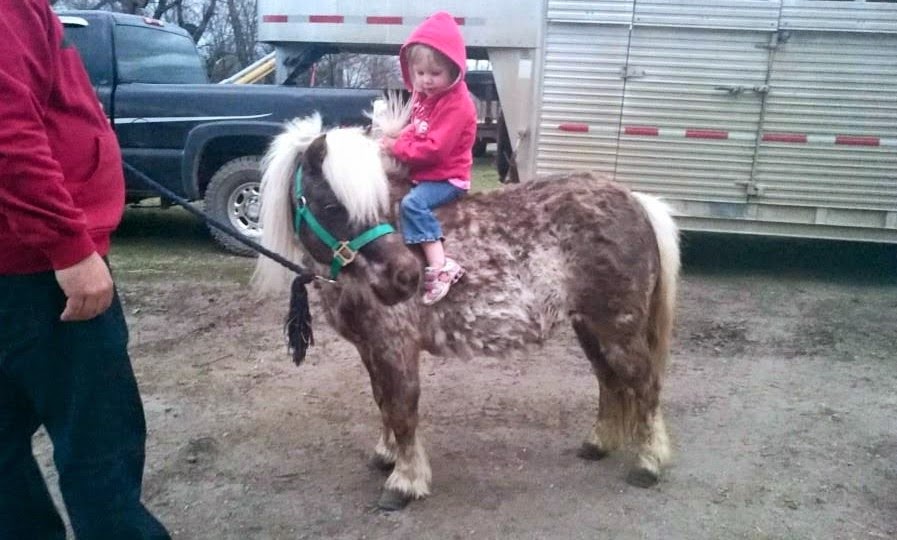 Welcome to the family Blossom! Looking forward to the lessons our kids will learn from you. They already have their piggy banks emptied and counted up to buy a saddle!

Ps. I must add, I know pony's generally have a bad name. They dump you off, they bite, they kick and they run home when you don't want them too. My hubby unfortunately experienced some mean ponies back in his day.....but I'm determined to believe that they are not all like that ;)
Posted by Unknown at 21:45