Nursery School & Back at Combining!! 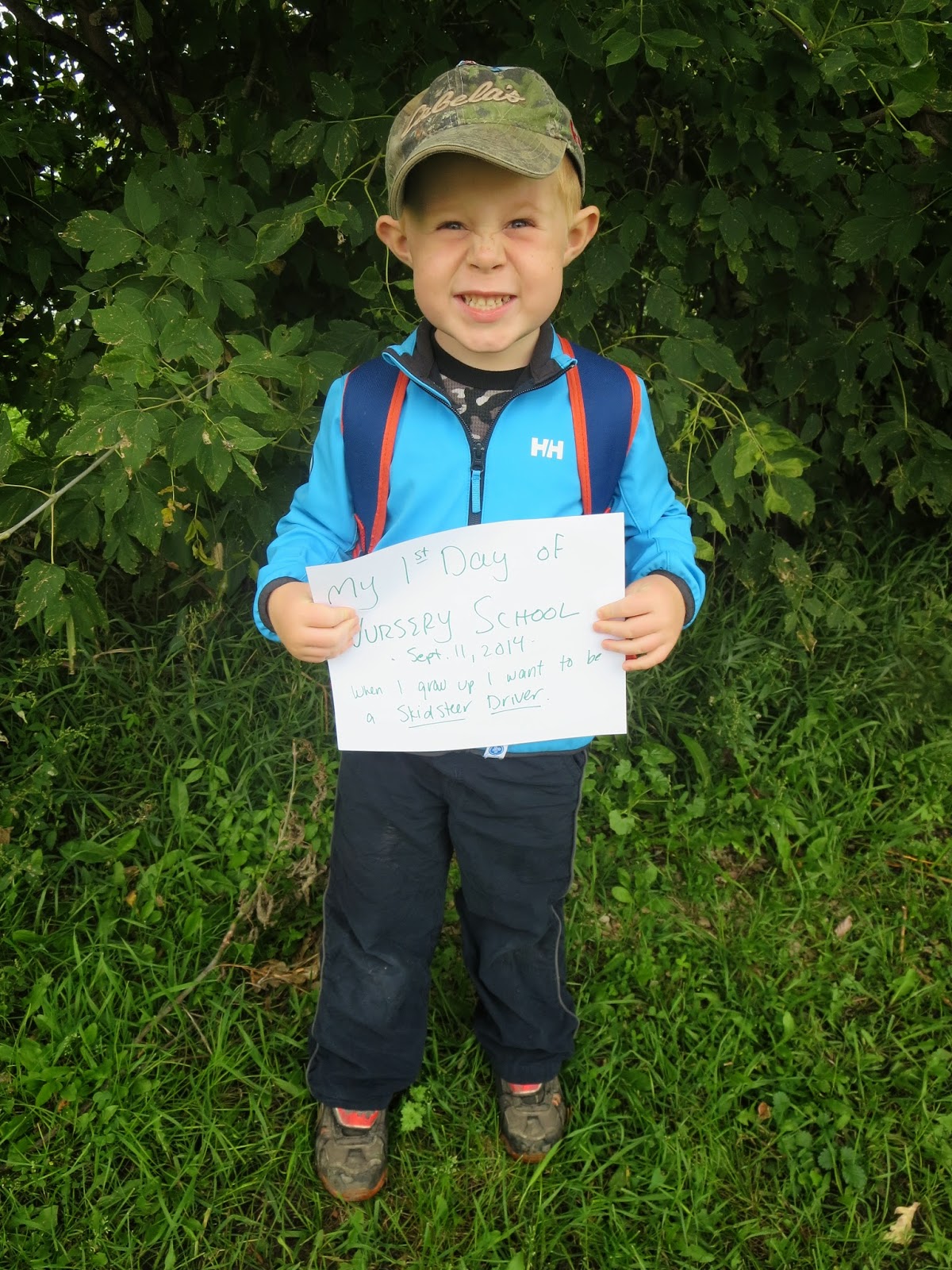 On Thursday Tanner had his first day of Nursery School! He did great and had a lot of fun. He said he wants to be a Skidsteer Driver when he grows up. 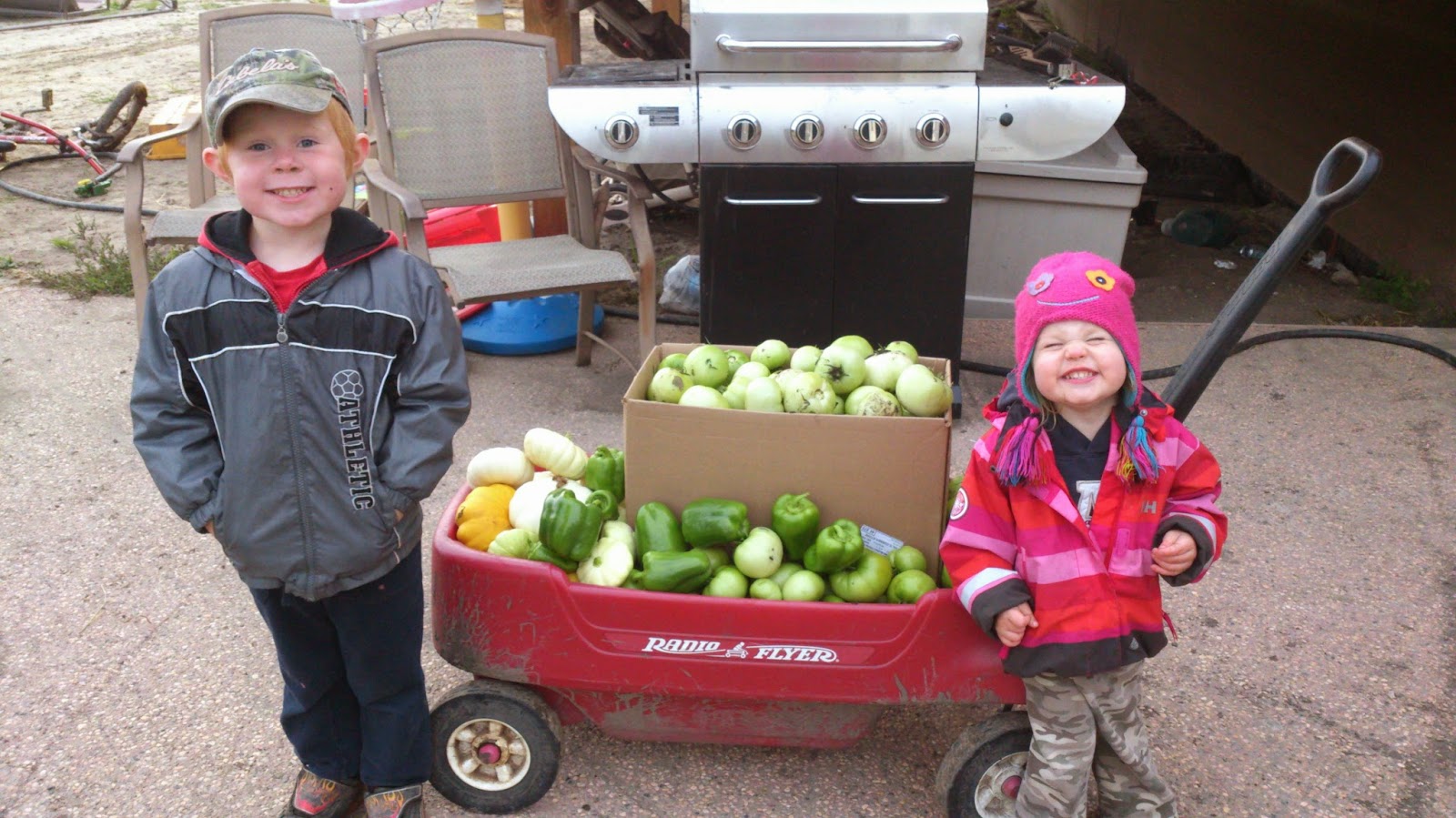 With threat of frost the other night we went out to pick everything that would be vulnerable....let's just say I totally underestimated how many tomatoes were out there!!!! This is maybe a third... The kidlets were happy to help me! 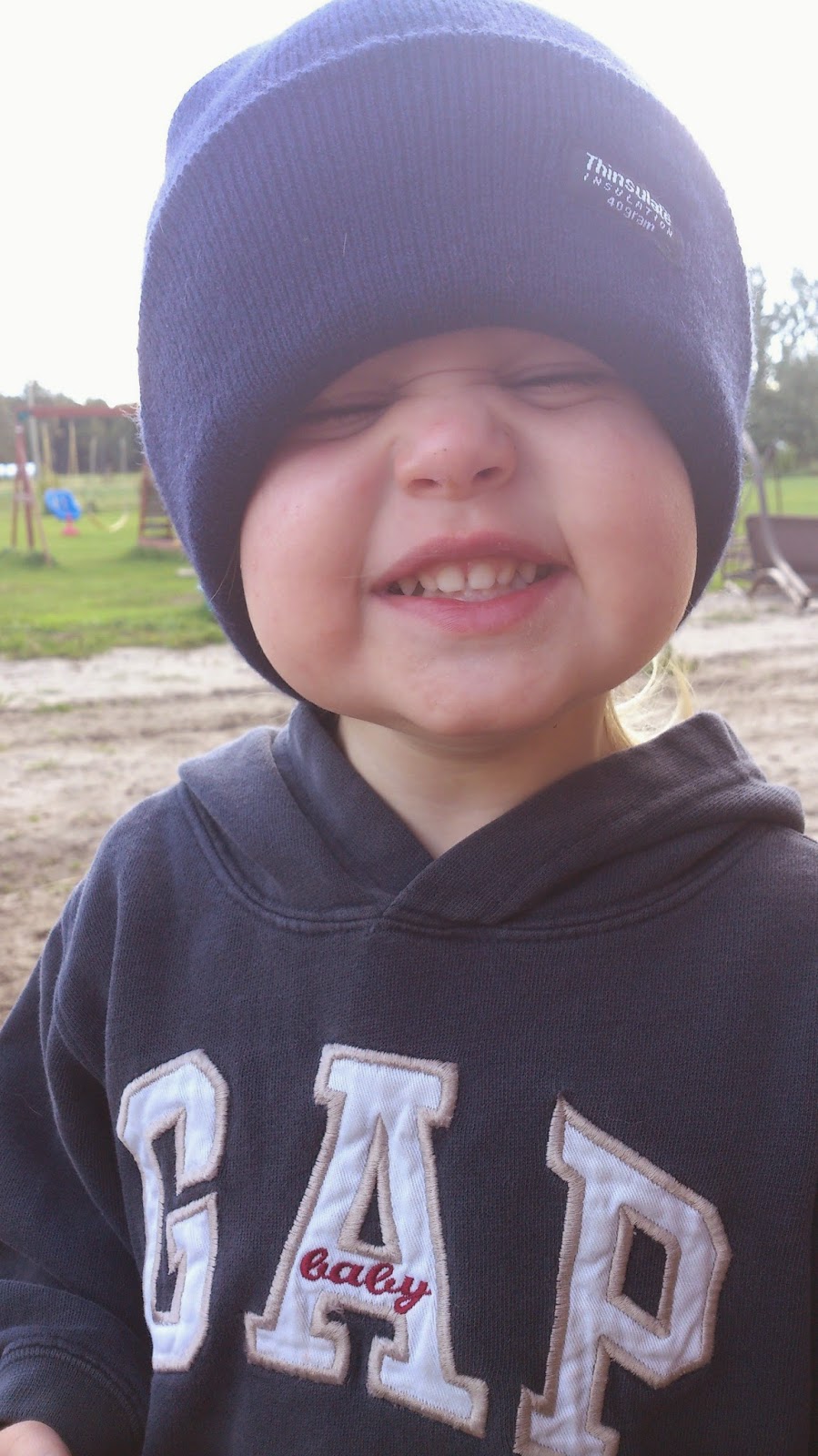 Ali's new obsession is wearing a toque 24/7. Except she gets them mixed up with mitts and calls it her mitt all the time. lol. At least it easier than trying to fight with her to get her to keep it on. 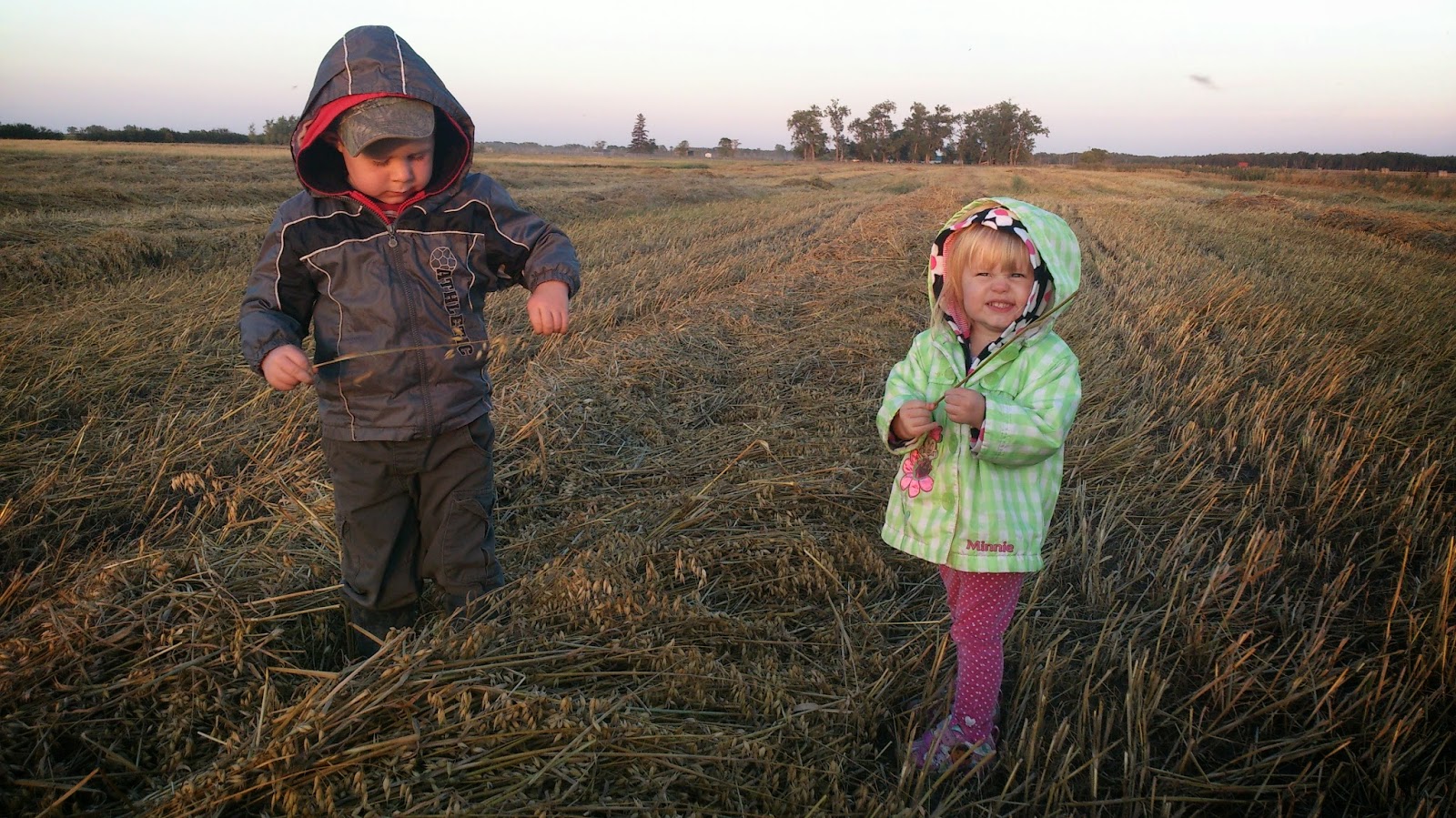 We FINALLY got back to combining yesterday. We have not combined since August 17 and even then it was only two short days worth. One field of oats that we have cut is dry and ready to go so that's what we were working on last night. One field of canola is ready to combine as well. Our winter wheat is still sitting out in the field in the swath...it's pretty much a write off and very poor in grade so we won't worry about it too much till the better crop is off. Of course my hubby (glad it was him and not me) managed to plug the combine. Very badly. So while they were working on unplugging it, the kids had a blast playing in the swaths of straw. Lots of fond childhood memories came back to me of the fun we had playing on the farm as kids. The bale yard was highlight year round. 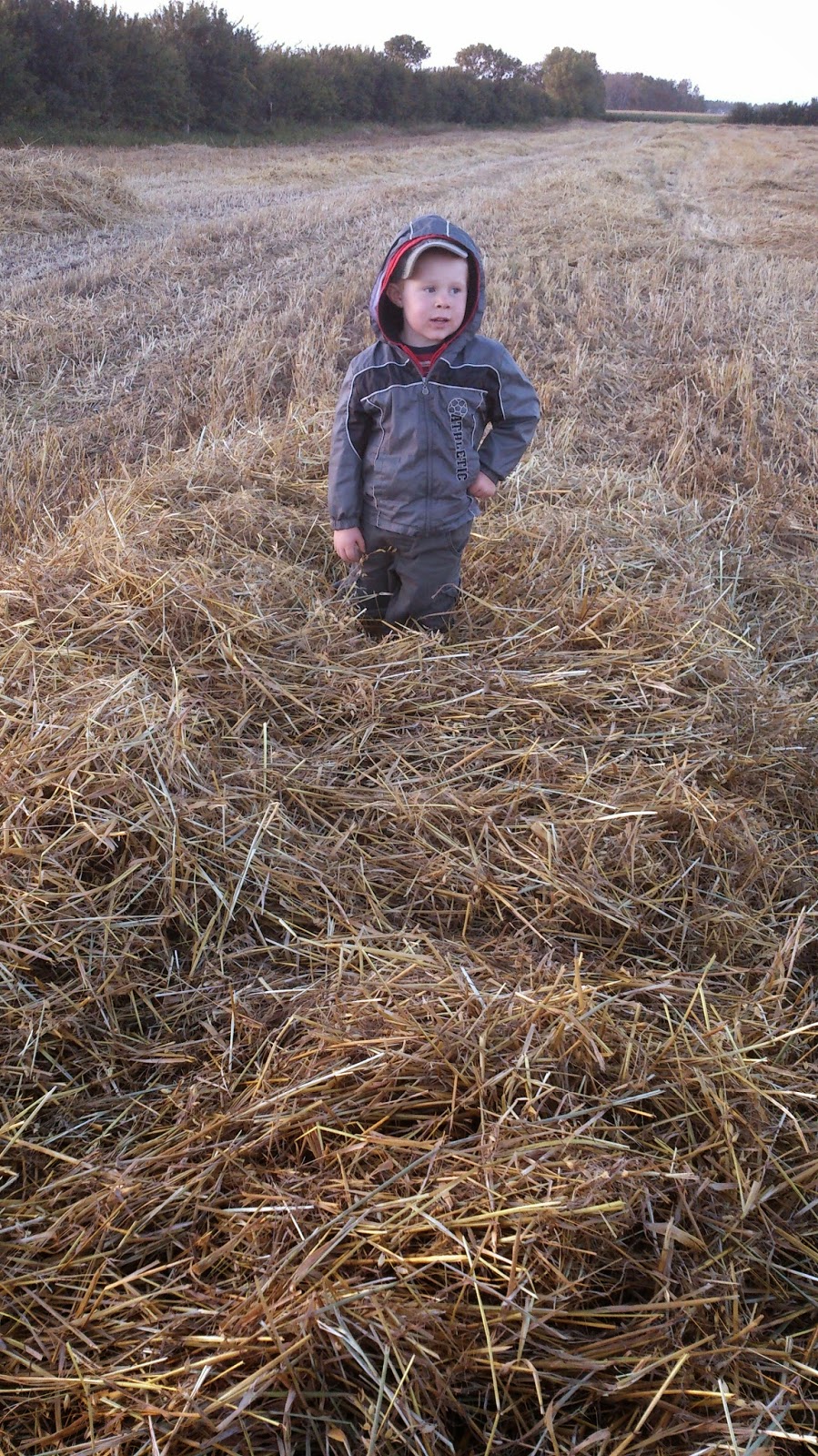 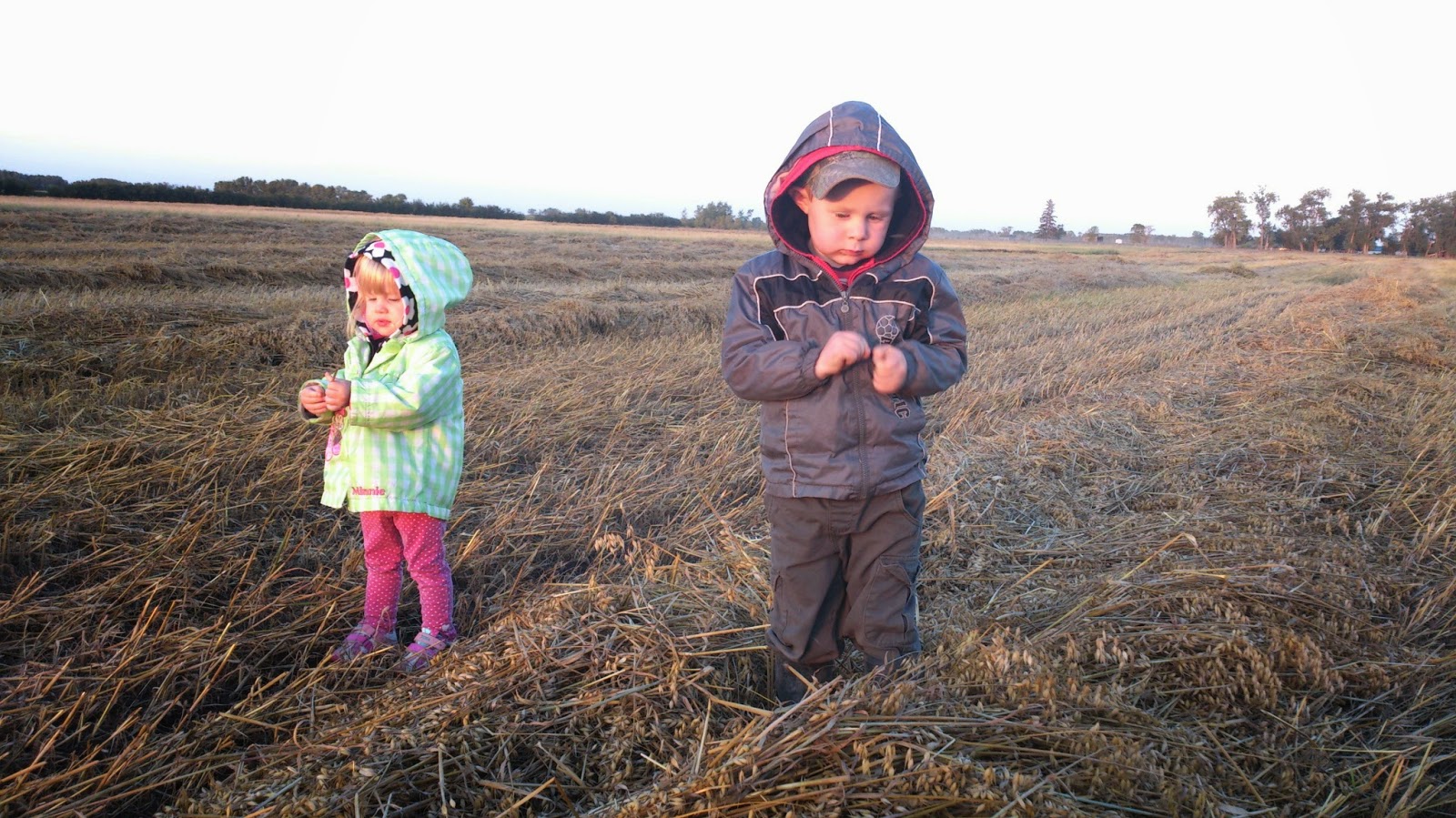 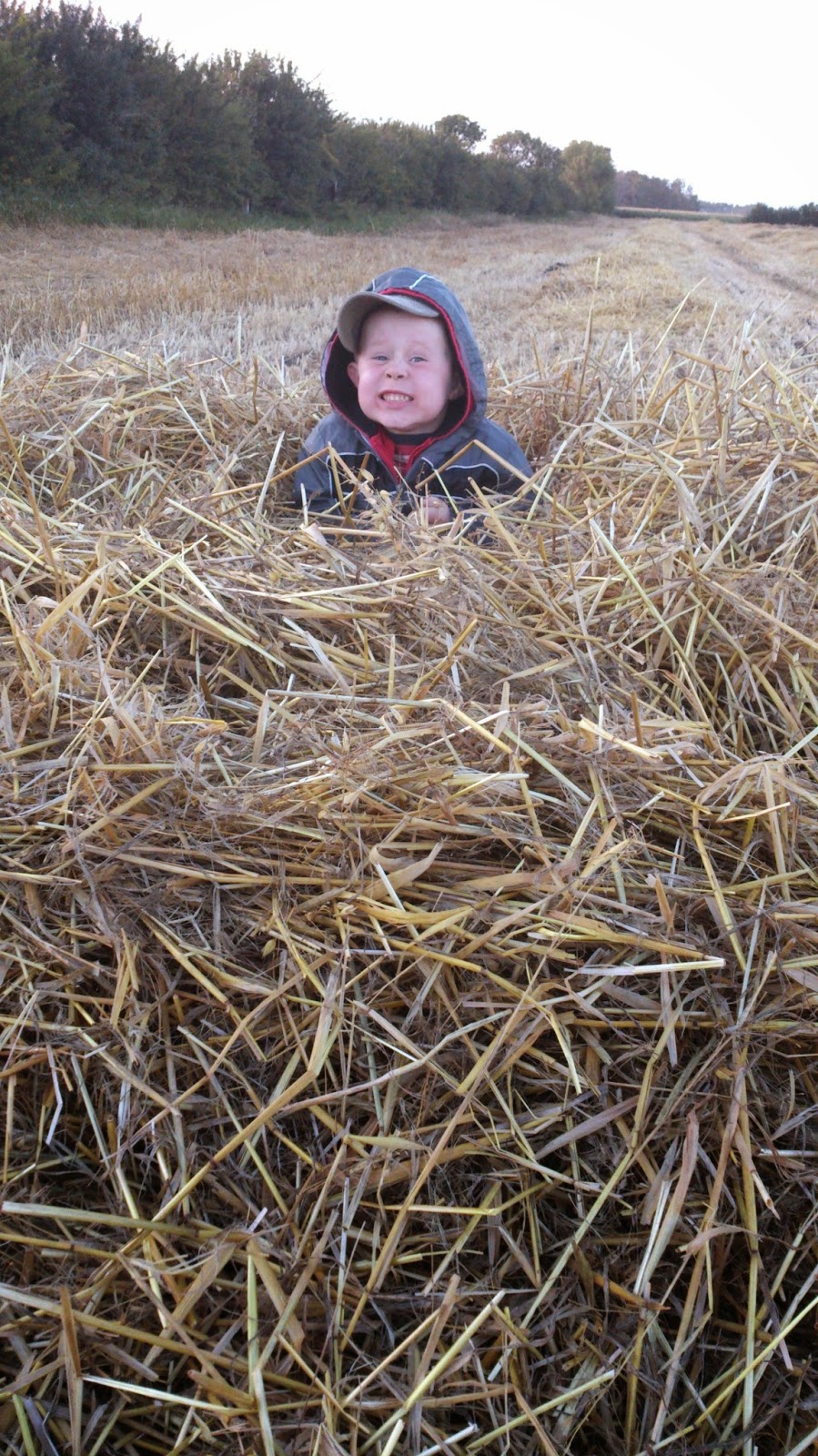 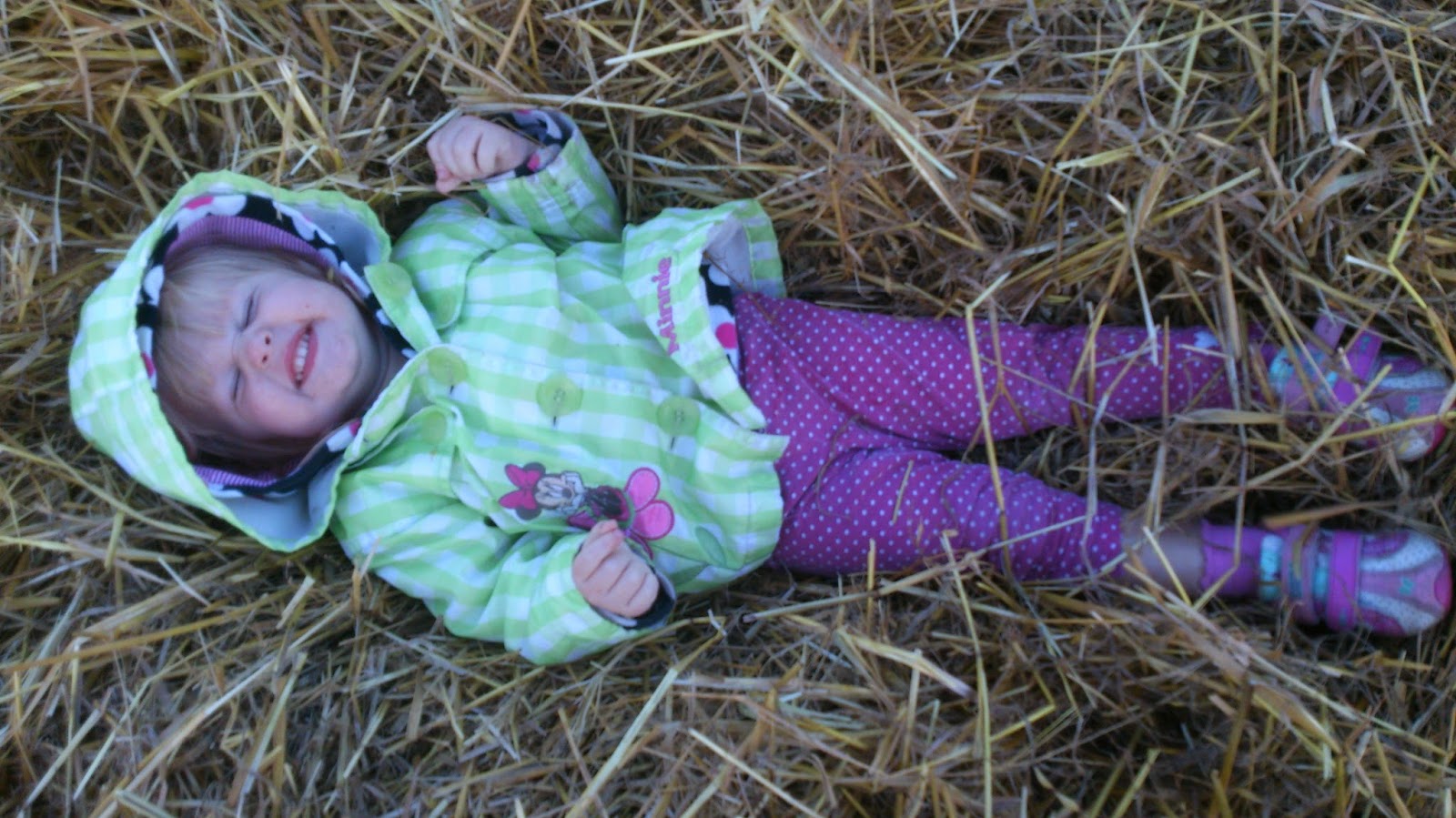 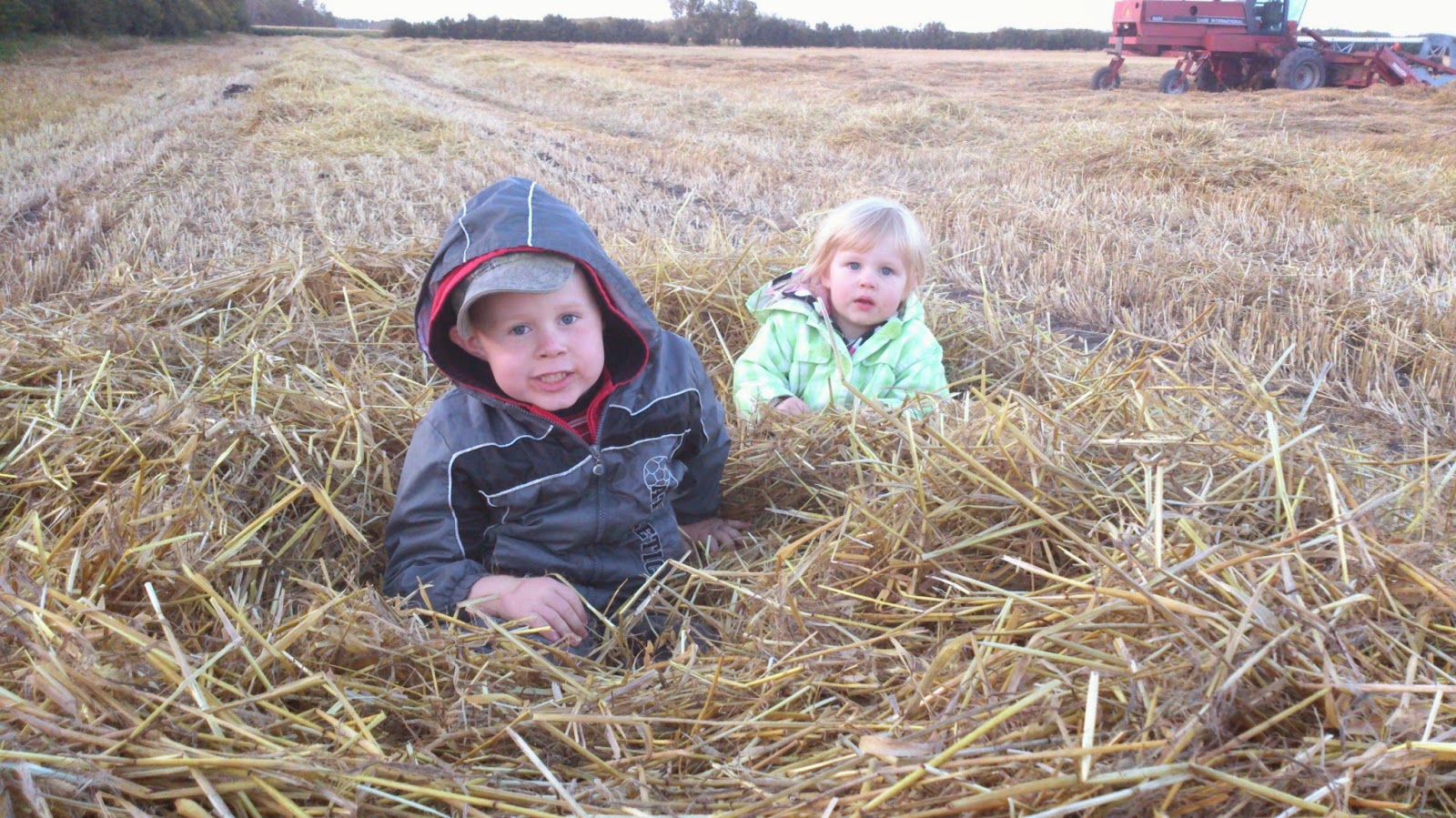 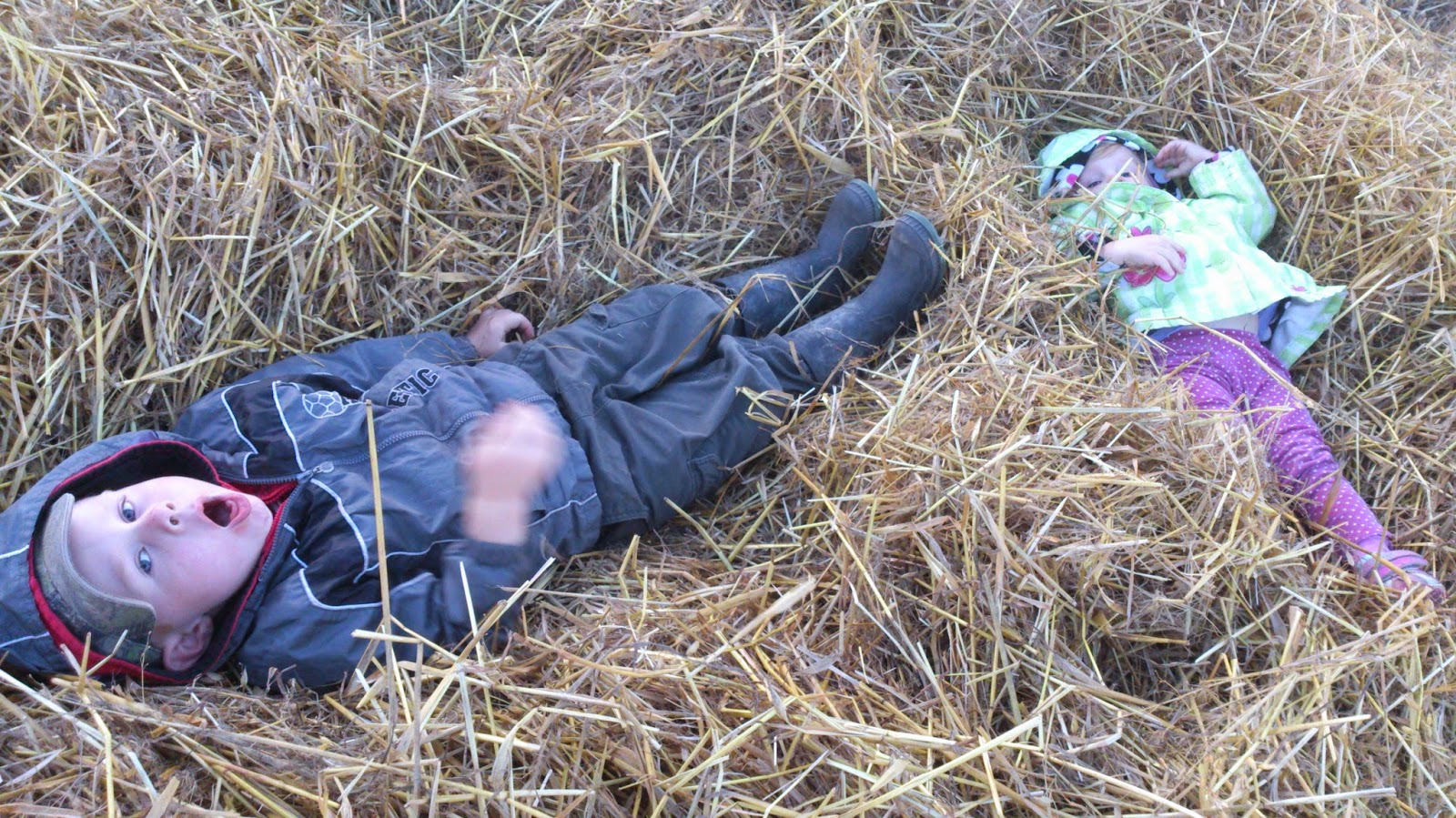 Ah, the life of a farm kid!

Have a great day and if your harvesting, stay safe and I hope you get lots done!
Ashley