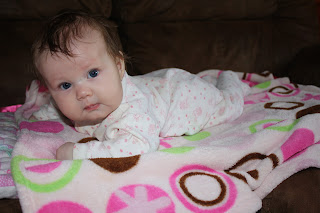 I absolutely have the cutest little girl on the planet. 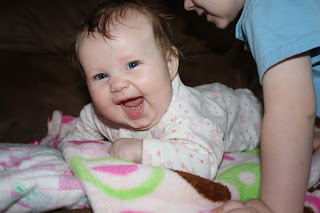 Can you believe she is going to be 4 months old on Saturday???? 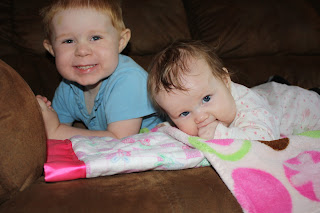 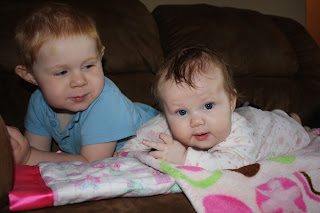 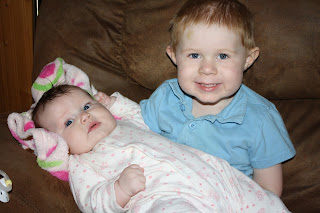 He loves to hold her. 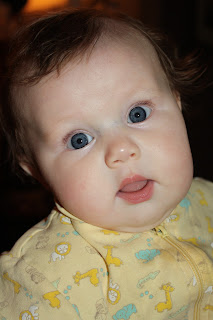 She has such big pretty blue eyes.

I was pretty ambitious in the kitchen today. I made buns, granola bars and butter tarts. Although I have not have luck with pastry the last couple of times I tried. Too crumbly. I am thinking I either have too much flour or work it too much? Any thoughts? Still tasted delish though.

So the chances are pretty good that my uncle and cousin are going to be here sometime in the next week to start helping put the house up and getting it covered in. That's pretty exciting! My in-laws made the window frames for the basement this afternoon. It was one of those days where bc I had been baking all day that I had NO idea what to make for supper nor had I even thought in that direction. Bc by the time supper rolls around on a day like today I don't want to be in my kitchen anymore!! BUT I felt guilty bc they were working away in the backyard and it was cold out, I just could not send them home to make their own supper. So I BBQ'ed some chicken breasts, and made rice. Again. I feel like we are going to turn into rice, I have made it a lot lately.

I always have all these to-do lists for when the kids go to bed bc I feel guilty about doing some things when they are awake and should be spending time with them. And I feel sooo ambitious about this list when I mentally make it...and now here I sit, trying to scrape up some ambition to complete it. It always so much better to wake up the next morning to no dishes to do and toys not strewn everywhere...or that is what I'm trying to tell myself now. Does anyone else have the same problem?? ha ha.

Anyways, I am hoping I will have new house pictures to show you tomorrow.

Cheers
Ash
Posted by Unknown at 21:37